The biggest Telugu film of the year Sye Raa Narasimha Reddy has hit the screens on October 2nd on the occasion of Gandhi Jayanthi. Though the movie got a positive talk and all the theaters are full, the producers of the film are still going to be in a huge loss because of the piracy. At this point in technology, there is nothing that they can do to stop it. Movies like Agyatavasi and Geeta Govindam were affected badly earlier as the full movie was leaked on websites like Tamilrockers, Tamilyogi, and Tamilgun. This had a huge impact on the overall profits of the film.

Sye Raa is a massive movie with huge stakes on it. Ram Charan Tej, son of Chiranjeevi produced this film on their family banner Konidela Production Company. The movie is made with a budget of nearly 200 crores. Though producers kind of get what they invest in a matter of days but they still do not get the anticipated profits that movies like Sye Raa with such a star cast deserves.

Piracy has been a problem for years now. Though the film industry has been taking serious measures to prevent it, millions of downloads are still happening across all the industries. According to the producers, revenues are being affected seriously by this.

Sye Raa is directed by Surendar Reddy and is written by Paruchuri brothers. The movie is produced by Ram Charan Tej and has an ensemble cast of Chiranjeevi, Amitabh Bachchan, Nayanathara and Tamannah. 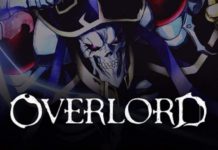 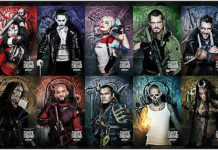 Raunaak Mitra - April 11, 2020
0
When it comes to the modern-day Indian web series, Sacred Games is one of the leading series in terms of popularity, cult following and...