Based on the life of genius mathematician Anand Kumar, the film Super 30 stars the man himself, Hrithik Roshan, as Anand Kumar. The story of the film is the main reason behind the film’s hype. The classic underdog stories never go unheard when they are told on a big screen.

This much-awaited film of Hrithik stars himself Mrunal Thakur, Pankaj Tripathi and Aditya Shrivastava in pivotal roles. Directed by Vikas Bahl and produced by Phantom Films, Nadiadwala Grandson Entertainment, and Reliance Entertainment, the film hit the screens on July 12.

Music of the film is directed by Ajay−Atul who did a terrific job considering the songs they released. Cinematography is top-notch, thanks to Anay Goswamy. The producers of the film are Anurag Kashyap, Vikramaditya Motwane and Sajid Nadiadwala. 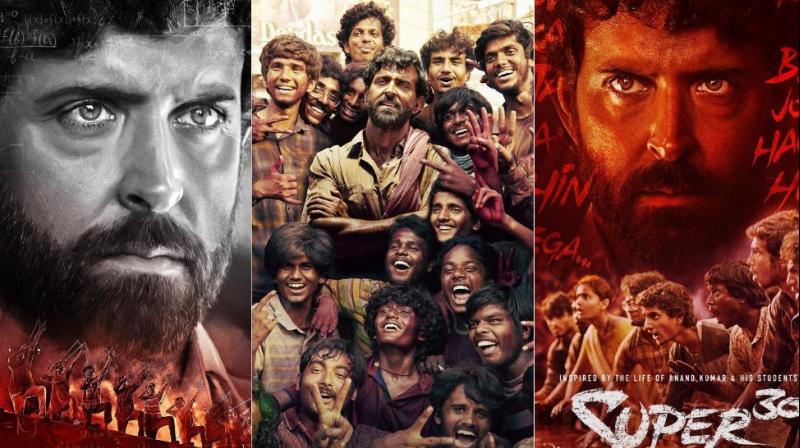 The film was given a U certificate by the censor board. And the movie has a total runtime of 155 minutes. So that’s 2hr 35 minutes of entertainment. The film’s trailer which was released on Jun 4, 2019, and it has over 47 million views by the time I’m writing this. So it is fair to expect that it’s going to be full houses for the first weekend.

For Hrithik Roshan’s fans, this film is going to be a treat. As they are seeing their star on a big screen after two years. The last time was in 2017, for Kaabil. Kaabil was clashed with SRK’s Raees and still emerged to be successful.

The movie already received a blockbuster response from the stars of the industry after the premiere shows. However, in this article, I will provide my review, after reading the whole review, make a decision of whether to watch the film or not.

Let me start off by saying this, Hrithik Roshan is outstanding. He has lived his role, the accent, body language, dialogue delivery, everything is an absolute treat to watch. Anand Kumar played by Hrithik’s real story starts off after he leaves the coaching institute and starts a free coaching center by himself.

As you can know from the title, he takes 30 unprivileged IIT aspirant kids and teaches them. And from then on the story gets interesting, the way Anand Kumar and the kids overcome the challenges they face is the main plot of the film. That is what makes us feel that this story is worth telling.

The climax of the movie is heart touching. The background score and cinematography perfectly give you that out of the world experience. Everyone in the movie has performed exceptionally well. Along with Hrithik, the kids stand out as well. It’s a much watch heart touching story.

I think this film will remain a classic in Hrithik’s career. The stories, values, and passion that are shown in this movie will stay in the public’s hearts forever.

Here is the Theatrical Trailer of Super 30 Movie :