Estrogen is steroid hormones which promote the development and maintenance of female characteristics of the body. These hormones produced artificially and used in oral contraceptives for menstrual disorders. As per the new research, high levels of estrogen in the womb can cause Autism. Autism is a disorder of disability in development that affects the person communication in social interaction in day to day life. It can be found in Adults and children as well.

It’s not a disease, It is a disorder, which can be there throughout life. It mainly affects the mental behavior and mental development of a child from the womb. As per the scientists, estrogen affects brain growth in the fetus. But its not yet clear whether these hormonal levels come from mother, baby or placenta. Previously scientist thought, testosterone was linked to autism, but now they are strongly believing that estrogen takes a strong part in Autism.

As per the researcher Professor Simon Baron-Cohen, Director of the Autism Research Centre at the University of Cambridge, increased prenatal sex steroid hormones are one of the potential causes for the condition. As per him, Genetics is well established as another, and these hormones likely interact with genetic factors to affect the developing fetal brain. As per the research team, the role of estrogen in autism has hardly been studied. We still need to see whether the same result holds true in autistic females.

Back in 2015, the same team found that androgens were higher in male fetuses who went on to develop autism, which could explain why autism is seen more often in boys. But the latest study from the same team used amniotic liquid examples from the same 98 people examined from the Danish Biobank, which has gathered amniotic examples from more than 100,000 pregnancies. This time it looked at the prenatal sex steroid hormones called estrogens.

They are not sure how exactly prenatal sex steroid hormones may impact neurodevelopment. But this study puts the groundwork for future studies to investigate this relationship further.

How COVID-19 is Impacting Healthcare Tech 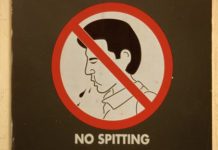