Famous Telugu folk singer, playback singer, songwriter, and independent musician, Rahul Sipligunj has entered the Bigg Boss house as the 8th contestant. Rahul has gained so much popularity in the recent few years. He has produced so many hits which got a massive number of views on YouTube. 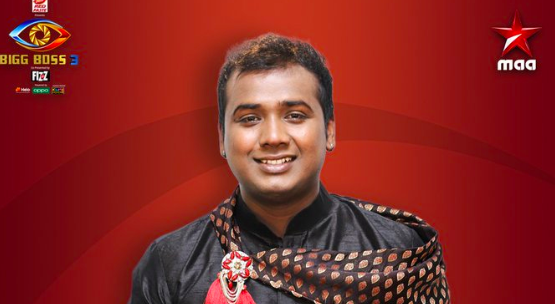 He made his Tollywood debut with the song College Bulloda from 2009’s Josh starring Naga Chaitanya. And from there on, he had sung songs in many Tollywood movies. The movie he worked for recently is iSmart Shankar. His recent independent song is Hijra which is a tribute to transgender women.

You can check out the song below.

Fans of Rahul are happy to see him in the Big Boss house. They expressed their happiness by posting on social media. Tweet rolled in on the hashtag #RahulSipligunj. I think the audience will have a great time watching Rahul in the house.

His talent to sing, dance and make people will laugh will make it enjoyable for the audience. We can expect a huge increase in fan following of Rahul in the coming days. Let’s see how things pan out.

Some of His Hit Songs are :