It seems that the game Dr. Mario World has started well and the new Nintendo game, released last week, has just reached 5 million downloads worldwide. It is positioned as the fourth Nintendo game for mobile devices that gets more downloads in its first week of life.

A recent report from SensorTower has revealed that Dr. Mario World has reached five million downloads worldwide in its first week and has also achieved an income of $ 500,000, which exceeds important titles.

Fourth most downloaded Nintendo game in its first week

In the same way that happened with Super Mario Run, Dr. Mario World is a completely new version and adapted to mobile devices. However, the game has not managed to reach Super Mario Run, although the latter was launched exclusively for iOS devices. 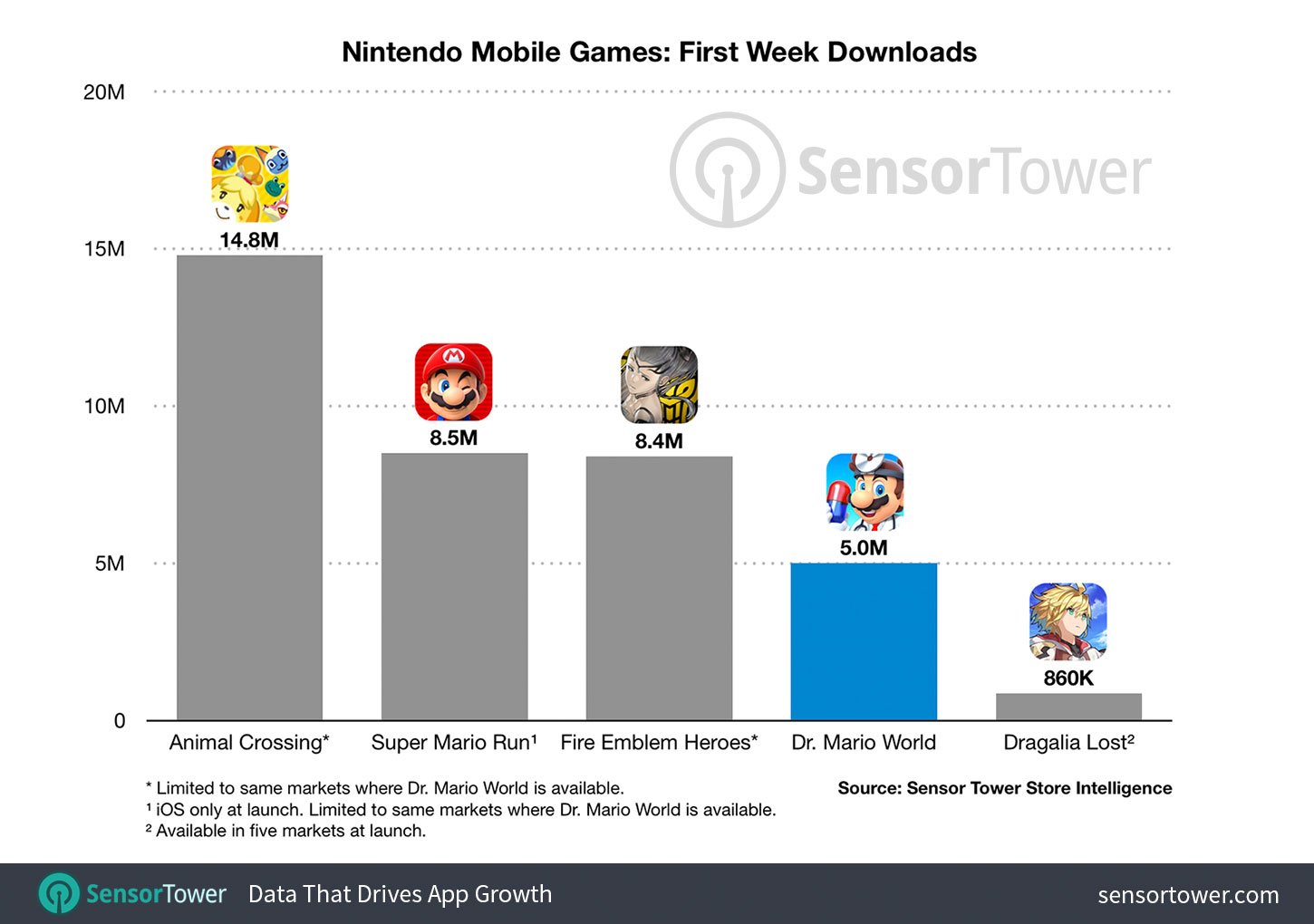 In the fourth flirt appears the new Dr. Mario World with 6 million downloads in just 7 days. In addition, the report reflects that Dr. Mario World has achieved a figure of $ 500,000 in revenue in just one week, so the start is hardly improvable for a game of this style.

Dr. Mario World consists of combining color pills to try to eliminate the viruses in a bottle. In addition, it will not be the last game we see of Nintendo this year since Mario Kart Tour is expected to arrive this summer after its continuous delays.