A trailer for Scared Games season 2 was released on 9th July, the trailer created a hype in the fans for the second season. Sacred Games 1 was a huge success and is also considered to be one of the most popular series in India. IMDB rated Sacred Games 9.2/10, while Rotten Tomatoes marked the series on 92%. The series is based on Vikram Chandra’s novel which was launched in 2006.

The story revolves around Sartaj Singh (played by Saif Ali Khan) who is a police officer. He receives a phone call from Ganesh Gaitonde (played by Nawazudding Siddiqui), telling him to save Mumbai within 25 days. Season one ended with a suspense note. The mystery will continue in season 2 which is all set to premiere on 15 August 2019. 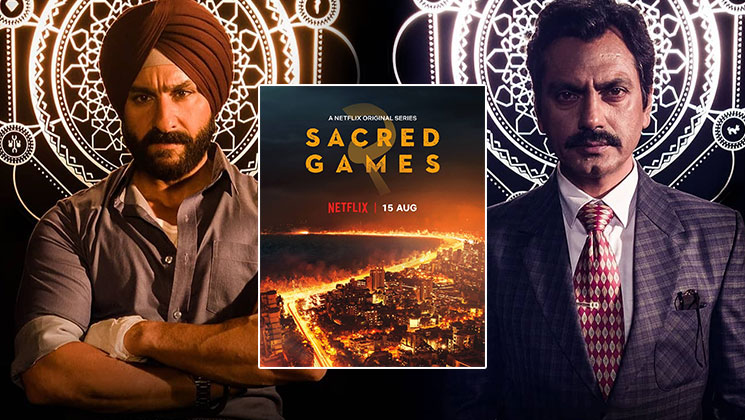 What else you will get to see in the second season of Netflix original: Sacred Games

Apart from the continued storyline, viewers will be also introduced to some new characters and the mystery will unfold.