The combination of both the director Puri Jagannadh and hero Ram Pothineni is making huge success in the Telugu film industry. The movie Ismart Shankar is collecting a huge collection at the box office within the few days release of the movie. The movie is entertaining all the Telugu audience.

On the first day of the Ismart Shankar movie release the movie collected huge collection at the box office and also a great response from all the Telugu audience from both the states AP and Telangana. 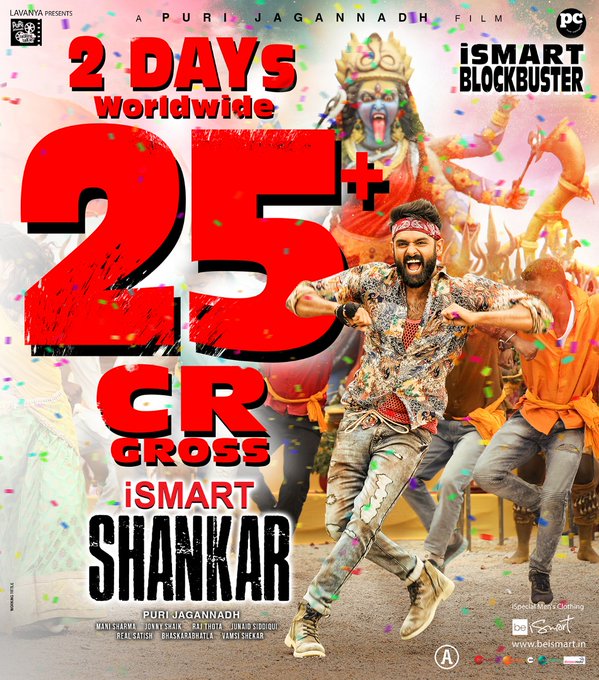 The movie Ismart Shankar is directed by the Puri Jagannadh and its co-produced by the Charmi. Where in the movie Ram Potheneni has delivered a very power pack performance and his action, dialogues, dance, are the highlights to the movie. And the most beautiful and a very energetic heroines Nata Nabash and the Nidhi Agarwal gave their best performance in the movie. The music director Mani Sharma’s background score is one of the biggest highlights of the movie.

Stay connected to our website for more updates. Thank You!