Indian Space Research Organization (ISRO), an Indian space agency, successfully launched the Chandrayaan-2 spacecraft from the Satish Dhawan Space Center on the southeast coast of India, which carries an unmanned lunar module and heads towards the pole South of the Moon

The first launch attempt last week was abruptly canceled a few minutes before Chandrayaan-2 took off. The official word was that they had found a “technical obstacle” and then the scientists revealed that one of the helium tanks, which was located at the top of the rocket, was losing pressure.

The word Chandrayaan in Sanskrit means “moon craft.” This craft, after landing, which it will do via remote control from Earth, will send a small rover with six wheels to explore water deposits that were confirmed by the previous mission Chandrayaan-1, which flew around the moon in 2008.

The Chandrayaan-2 spacecraft carries an orbiter, a lander and the rover that will move on the lunar surface for 14 Earth days.

The orbiter will conserve fuel by making increasingly widening orbits around the Earth before being captured by the gravity of the moon and being dragged into lunar orbit. All this will last approximately 5 weeks.

Then the module that transports the rover that works with solar energy, will detach from the orbiter and try to perform one of the most difficult parts of the mission, which is a soft moon landing.

The mission of ISRO will cost much less than the Apollo missions of NASA, less than 150 million dollars against billions spent by the US government. The difference, in particular, is because sending humans raises the price a lot.

India plans to launch its first manned space flight for 2022. 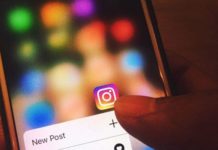 Cybersecurity: Everything About How To Keep Your Company Safe