India is the land which gave Kamasutra, the ultimate guide for sex to the entire world. We are the culture that included sex as four pillars of life – Dharma, Artha, Kama, Moksha. It is considered essential for a holistic and thriving life. Over time, society changed, and it tried to straitjacket the entire concept and conversation of intimacy between two people.

The caged society’s scenario turned a blind eye to the need for discussions between couples regarding their physical relationships. The topic was widely considered as a taboo and was not discussed openly, until recently.

People from the tier-I, tier-II cities are woke, and changing society’s norms as they go about their life, the public in tier-III, and tier-IV cities, is also changing. They may not be very open to the concept of talking about it. Still, they are surely curious about it, and this has shown in the growing popularity of adult toys in India.

Growth in the industry

The result has been that adult toys’ demand and sale have gone up in the country in recent times. The market of adult toys and venereal wellness has grown by a whopping 126. 21% per year from 2018 till now and it will have an even faster growth rate by the end of the year. The global growth rate is expected to be 9.1% till 2026 and the market will reach a valuation of about 52 billion dollars.

There is a new curiosity in the country that needs to be catered to, which will be a humungous business in the coming future. The people’s primary place to buy these adult toys remains online, where platforms like www.adultproductsindia.com cater to the needs and choices of people from across India.

The online platform provides shoppers with a concept of discretion and a massive range of products. People in many places are still fearful of being judged by society while purchasing these products. The market for adult products is no doubt, growing. However, the industry and the acceptance of society, in general, is still at a nascent stage.

The initial expectation, that the industry might be run by the crowd in the Tier-I and Tier-II cities was proved erroneous when the people from the Tier-III and Tier-IV cities got on these platforms. A very recent survey done on the sales of the adult toys and products, in general, showed that 40% of the purchase came from Tier-III cities, and 12% came from Tier-IV cities. The adult products in India are very famous in the seven sister states partially due to the internet friendly society in these states.

Catering to the needs of varied people pan India, platforms like AdultProductsIndia have widened their range of products owing to the growing popularity and the demand for adult toys in India.

In this entire time of the industry’s growth, the company has been your discreet and loyal partner since 2010, providing you with a plethora of products with cash on delivery service. 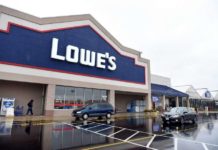