Bahu Begum which is a popular Hindi soap aired by Colors TV on all weekdays. The series is under the banner of LSD films produced by Prateek Sharma. The serial started premiere on July 15 this year. The series reaches the living rooms of the family audience by 9.30 PM every weekday and it is retelecasted the next day morning and many other times and is always available to watch online after the telecast. The lead female role is controlled by Simone Singh.

The serial plot revolves around the rivalry between two Nawabi Families(Noble Families). It is basically a love-themed story. Arijit Taneja is the male protagonist of the story as Azaan Akhtar Mirza in Bahu Begum. Samiksha Jaiswal and Diana Khan are the two female lead characters in the series. Arjit is famous for his performance in a popular TV series Kumkum Bhagya as Purab. He had also previously appeared in Kaleerein premiered on Zee TV.

Samiksha Jaiswal who is acting as the opposite character to Arjit named Azaan Akhtar Mirza in Bahu Begum had already appeared as Mehek in Zee TV series Zindagi Ki Mehek. Meanwhile, the role of Diana Khan remains a mystery. Parrvish is her notable previous series. 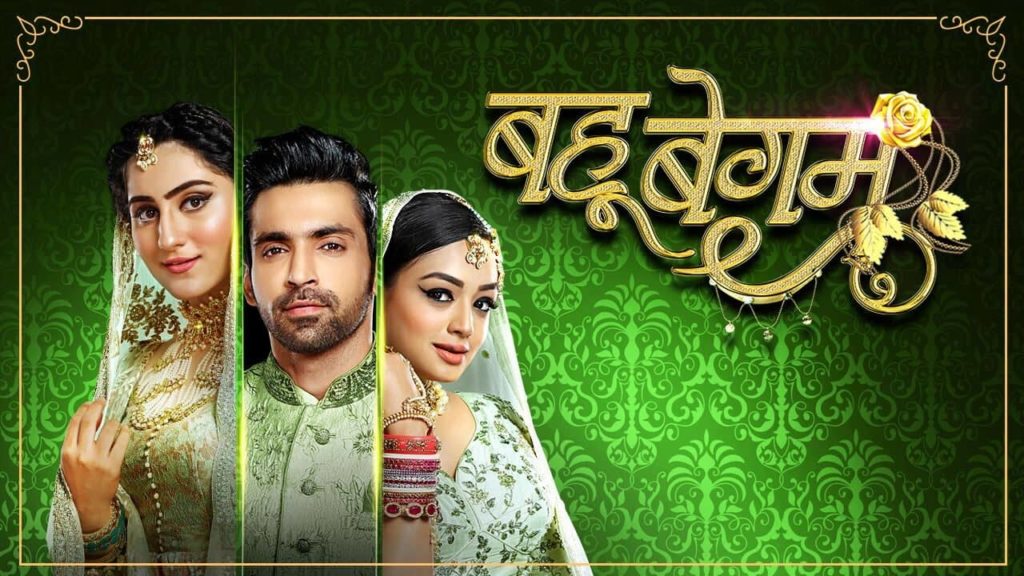 The most needed antagonist role in Bahu Beegum is given life by Amrapali Gupta. In serials such as Qubool Hai, Ishqbaaaz and Kaleerein also she has been a very notable negative character. Supriya Shukla is next shining gem in the cast list. Kumkum Bhagya and Kundali Bhagya are her previously appeared serials.

The series has finished a total of 40 successful episodes already and has its primary production location in Mumbai. It is published by the Viacom 18 network. The series is famous among the audience for its incredible specialty of the unpredictability of twists and turns in the storyline. As of now, Azaan (Arjit Taneja) married Noor (Samiksha Jaiswal) but he refuses to divorce Shayra (Diana Khan).