Bigg Boss Telugu Vote Results: Bigg Boss Telugu 3 is toppling over the TRP charts week after week. The show’s success owes it to the dynamic mixture of contestants, amazing hosting and the right blend of romance, drama, fun and controversies. Moreover, the weekend episodes are all about tension in the house and suspense as one of the contestants will leave the house.

Tamanna, Hema, Jaffar, Ashu and Rohini have been eliminated so far while Mahesh, Rahul, Ali, Shreemukhi and Ravi have been nominated for eliminations this week. Last week did not witness any eliminations even though Mahesh and Punarnavi had been nominated. However, with the introduction of the wild card entry, elimination has to take place this week. Since four male contestants are in danger, it is likely that the elimination for the seventh week will be one of them.

Rahul Sipligunj is the most popular name in the house when it comes to elimination nominations. He has been nominated almost every week but was luckily saved in the secret task. However, for most other weeks, he has been in the bottom of the audience poll compared to any other contestant in the house. This week again, he is the weakest link along with Mahesh and two other strong contestants, namely Ravi and Ali.

Rahul has been a fighter so far so it will be interesting to see if the underdog of Big Boss Telugu 3 has what it takes to battle it out yet one more time. One thing is sure – the audience has been kind to Rahul but will their support be enough? 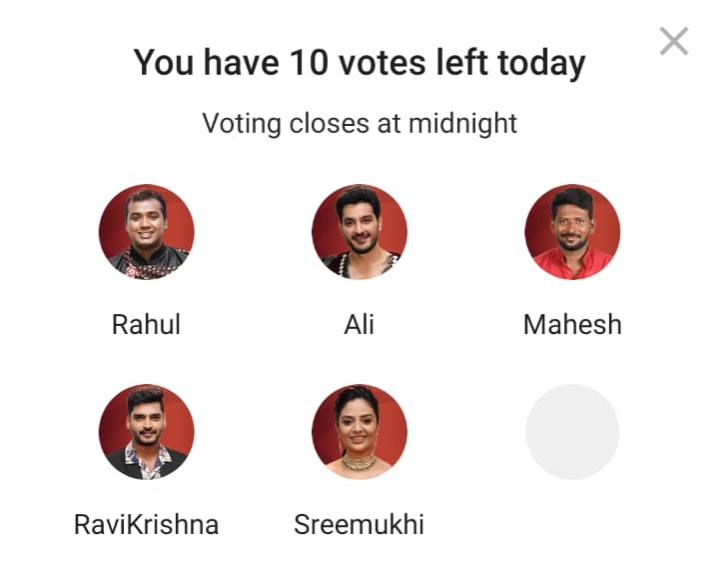 Ali and Mahesh had a rather ugly quarrel and they are both facing eliminations this week. Since Ali received the most number of nominations this week inside the house, will Mahesh be able to survive? Interestingly though, this is the first time in seven weeks that Ali has been nominated. Guess we will have to wait and watch!

Bigg Boss Telugu 3’s sixth elimination nominations were not headed by the captain’s powers. Shreemukhi is one of the toughest contestants and the likes of Himaja and Punarnavi will stand a chance only if she gets eliminated. Last week’s audience poll between Punarnavi, Himaja and Mahesh was like a roller coaster ride, which ended up as a bummer with no elimination.

While this week’s elimination is a crucial one in the Bigg Boss Telugu 3 house, stronger contestants like Ravi and Shreemukhi might not be in danger as much as the rest.