The recent wild card entry in the house of Bigg Boss Telugu Season 3, Shilpa Chakravarthy is going to be eliminated from the show. The elimination process of the show is going to be conducted by the host Akkineni Nagarjuna. In the recent polling survey, four other contestants have remained safe from the game.

Punarnavi Bhupalam, Shilpa Chakravarthy, Himaja Reddy, Sreemukhi and Mahesh Vitta were nominated by the housemates in the first place. Currently, the Big Boss Telugu Season 3 is in its eighth week. The voting process of the show is done through the Hotstar App or phone calls on Friday.

The poll suggests that Shilpa Chakravarthy will be eliminated

According to sources, IBTimes India did conduct a survey and predicted who among the five distinctive contestants are going to be eliminated from the show in the on-going eighth week. By the looks of it, the poll has received an amazing response from the audience of the show. 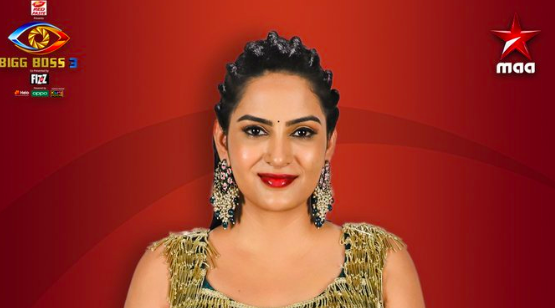 Many viewers and avid fans of the contestants took an active part in the show. According to the recent poll the housemates with Bhupalam, Punarnavi, Sreemukhi, and Mahesh Vitta received around 34.82, 28.59 as well as 20.29 percent votes. So far, this suggests that they are out from the danger zone. Shilpa is in the bottom line with 4.31%.

Will the viewers vote less for Shilpa?

Shilpa Chakravarthy did enter the house of Bigg Boss on the 43rd day and so far, she has been in the house for around 12 days. Shilpa is yet to showcase her reality to the audience and prove them her entirety. Maybe this is the reason why she is not getting much attention from the audience.

It is important to note that this is the first time that Shilpa is nominated in the show and she is already vouched for elimination.