It was a couple of days ago Bigg Boss Kannada Season 7 official Instagram handle had revealed a small sneak peek video of the shooting of the promo featuring Kiccha Sudeep as the host for the show. Today the official Promo video is out and the unlimited entertainment is on. It was Kiccha Sudeep who had hosted the show for all the last seasons of Bigg Boss Kannada.

In the promo, Kiccha is seen as visiting an ophthalmologist for diagnosing his conjunctivitis. This strange yet amusing promo is sure to give curiosity and excitement for the show to return. The promo also reveals that it will return by October 2019. 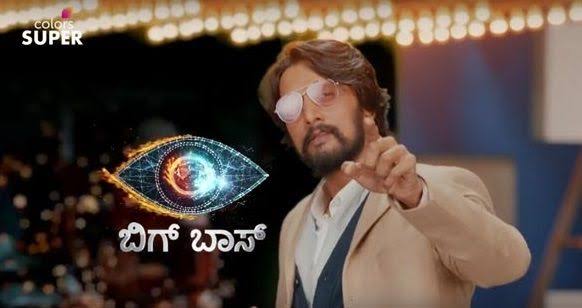 The ophthalmologist reveals to him that it is not conjunctivitis as he fears but it is “Bigg Boss Eyes”. And she consoles him by saying it is quite natural to have this as October is almost here.

Here is the promo video:

A post shared by Colors Kannada Official (@colorskannadaofficial) on Sep 14, 2019 at 5:31am PDT

The Kannada version of the  Bigg Boss was noticed by everyone all over India due to the changes the makers had made from the main theme of the show. Unlike the previous seasons, the Seventh season will only have celebrities. Similar to the Bigg Boss Season 13 Hindi, Kannada version have also decided to leave it with the commonly appearing Bigg Boss inmates to introduce more Celebrities.  This is not the only change. This season will come up with a spectacular concept.
Sudeep was the major attraction of the show and the centre stone for the successful run of the show in Kannada land. This time also Kiccha Sudeep will not upset the viewers and will make every second spent with him memorable.
The preparations for next season are on its climax which marks a very exciting season to come into every Kannada living room.
Kiccha Sudeep is celebrating his success of the latest movie Palawan and is set to be seen against Salman Khan in Dabbang 3