Zee Studios has backed the film ‘Valimai’. Movie ‘Valimai’ is scheduled to release on November 12, 2020, that is on Diwali. The soundtrack and background music of ‘Valimai’ has been composed by Yuvan Shankar Raja. 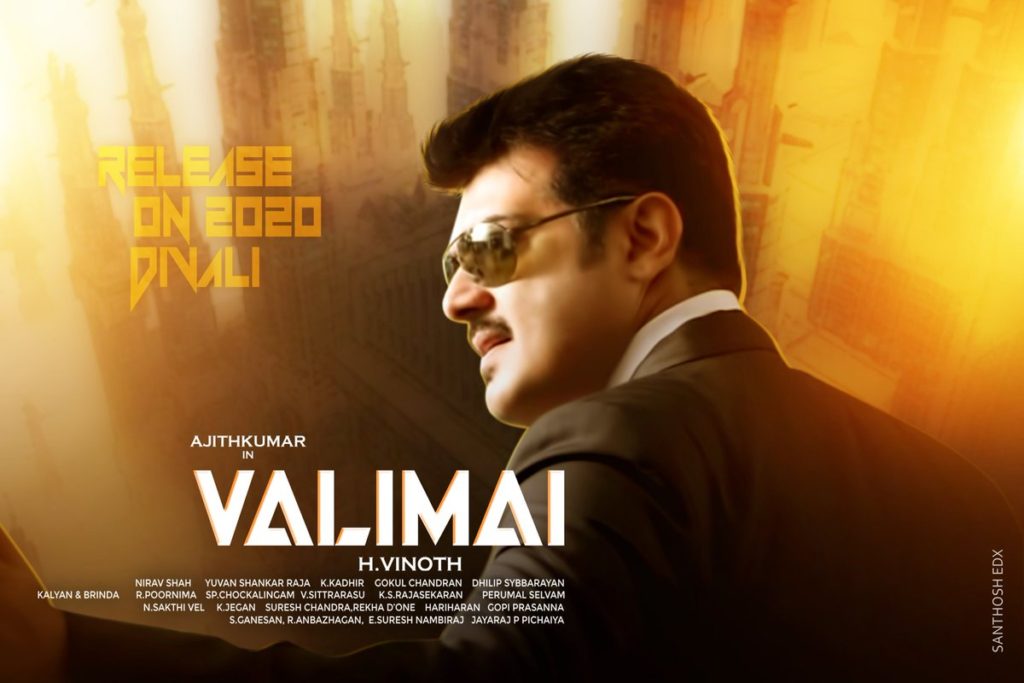 Cast and Crew of ‘Valimai’

As soon as the director H. Vinoth finished his second film Theeran Adhigaram Ondru in 2017, he approached Ajith Kumar with a big-budget film featuring a protagonist with negative shades. At first, Ajith Kumar rejected the offer and asked H. Vinoth to work on Nerkonda Paarvai which is a remake of Hindi film ‘Pink’. Boney Kapoor announced during the making of Nerkonda Paarvai that he will work again with director H. Vinoth and actor Ajith Kumar. The making of ‘Valimai’ was announced in October 2019, with a ceremony.